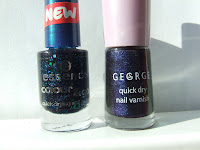 Well first things first, sorry about the lack of posts for a while, I have had flu like symptoms, and massive headaches so obviously staring at a PC screen wasn't high on my priorities!  I will admit I did check my emails and facebook, but in general had no drive to do much of anything else, and then there was the disastrous job interview I just had today.  It was so awful it was funny!  Ah well, maybe the next one :)

When I got home I decided that I HAD to paint my nails.  I got the most EPIC nail mail from my lovely friend Kati P in Holland (waves at Kati!) and included in my mail was this little treasure which she had already bought me before I knew I wanted it, how awesome is she.

I layered this over a dark blue base, I used George Indigo Dazzle from Asda.  In its own right it wasn't a bad polish actually, but for this purpose I just wanted a base.  Then I layered Essence Color & Go Blue Addicted over the top.  Blue addicted is small blue glitter, and large blue and emerald hex glitter suspended in a navy blue base.  I used two coats over my dark base, and I think this is about right.  The glitter was really easy to apply, I didn't have to chase the hex glitter around or fiddle with it, and it dried quickly.  I did add OPI rapid dry top coat and it has dried to a wonderful shine and isn't rough or badly bumpy like some of these types of polish can be.

I am told that this polish is a pretty damned good dupe for Deborah Lippmans Across the Universe, so if someone will send me one of those I will happily do a comparison!  As I don't unfortunately have the Deborah Lippman one to compare this to, I have to rely on swatches posted on the net, and I have to say from the pics I have seen they do look pretty close, but you judge for yourselves, heres some pics and I think the polish fully justifies three of them :)  I hope you like, and thanks again Kati for this pretty bottle of polish. 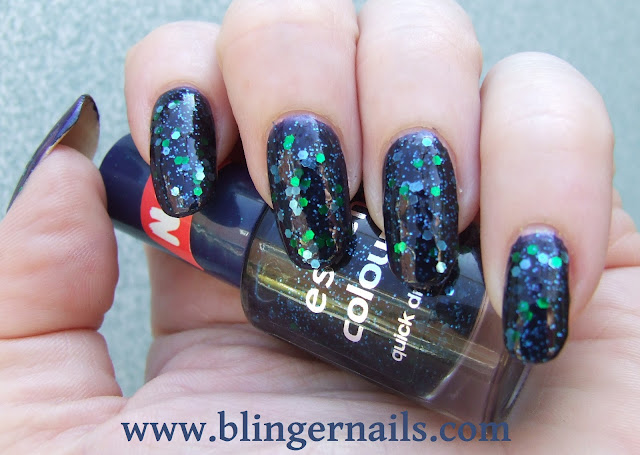 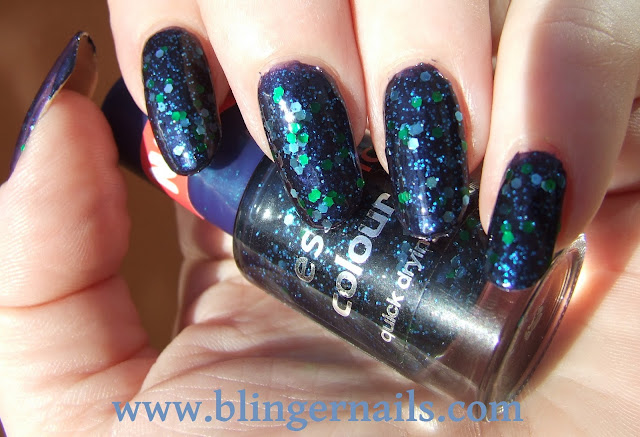 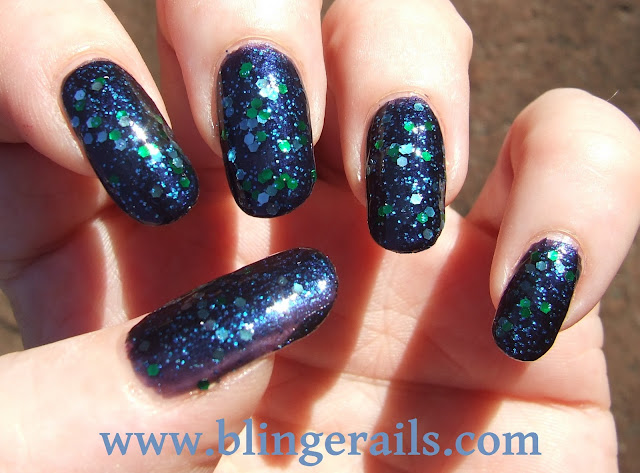 Email ThisBlogThis!Share to TwitterShare to FacebookShare to Pinterest
Labels: Essence

it looks super pretty! I also have it and I really like it!

I think they are INCREDIBLY close. I actually want the Essence one though!

Its good to know that you think they are close too :) and I'm glad everyone likes it. I want to have both now to compare lol! But I'm very happy with the Essence one for now :)

Chiropractors who use scientifically based methods use ice packs or heat as well as ultrasound treatments and similar strategies to those used by physical therapists. play bazaar
satta king
play bazaar

Stroll on all sides of your feet as much as you can to fortify your lower legs. This implies strolling on the exterior of your feet for some time, at that point exchanging and strolling on the internal parts. Catch up with steps principally on your toes, and afterward heels. This forestalls or limit sprained lower legs, which are among the more typical ball wounds. Satta King
Play Bazaar